I’ve been scratching my head about why the stock market has been so…exuberant…in the past two months. Nothing about the economy or the pandemic has substantially changed, a one-time $1200 check didn’t fix much, and PPP loans are just more lagniappe for the crony crowd which aren’t actually helping to save jobs. We have twice as many new cases per day now than in May, and the numbers are growing exponentially.

Unemployment now stands at a daunting 11% (down from a peak of 14.7%), and many companies have permanently removed jobs that were here 4 months ago. The economy is shrinking and undergoing fundamental shifts before our eyes, and that means turmoil for the least powerful workers among us. 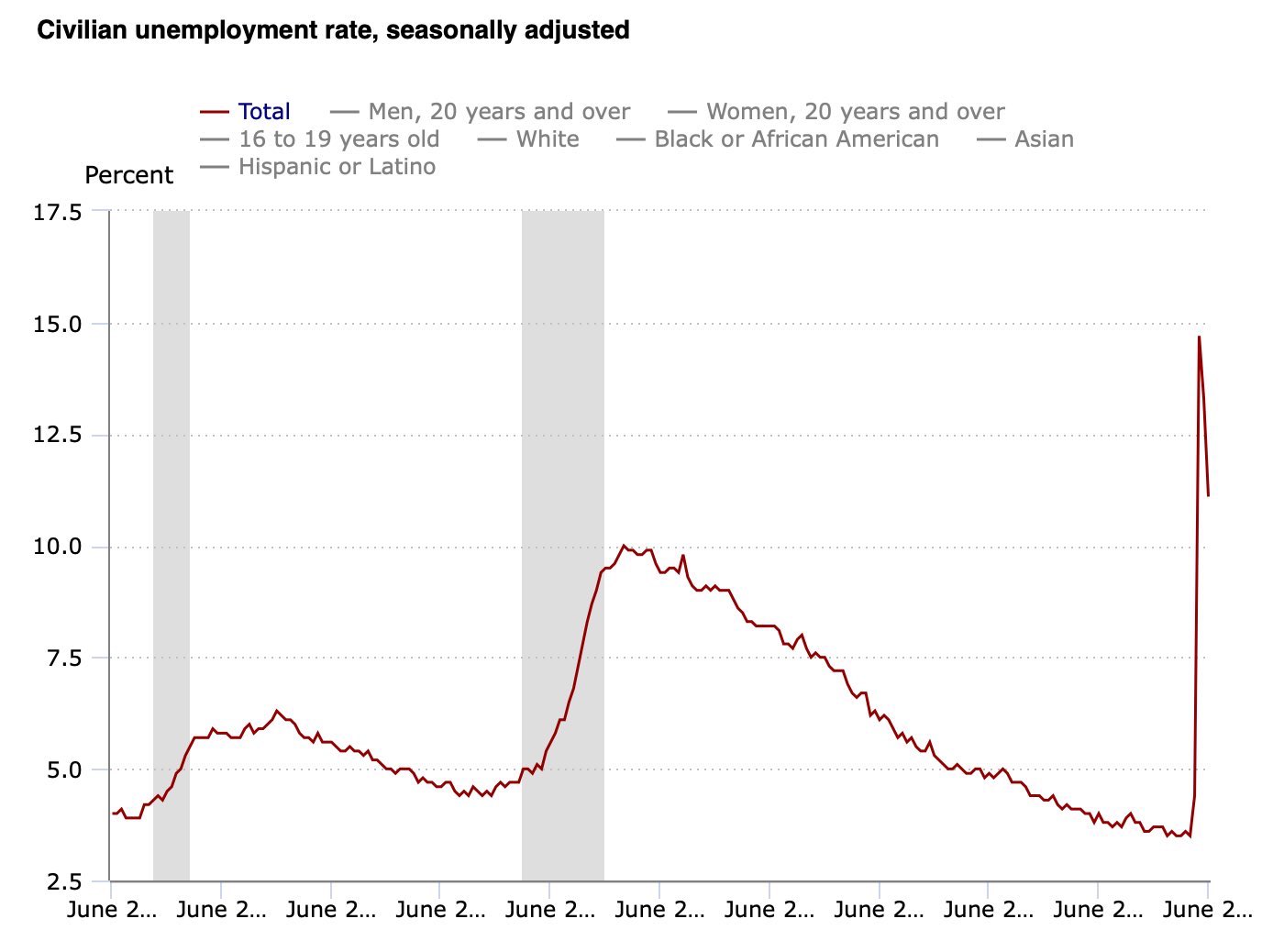 A tidal wave of evictions is here. Rent was deferred, not forgiven, and they are now due. Without decisive action to keep people fed, clothed, and housed, a surge of homelessness and poverty will follow.

Several states are now approaching capacity in their ICUs and hospitals. With exponentially-growing numbers of cases and people continuing to treat mask-wearing as political theater, we will soon reach a point—sooner than you think—where no amount of money will buy you a bed or a ventilator, because there aren’t any.

So yeah. I don’t understand the optimism or exuberance. We are still going downhill, and the brakes aren’t working.