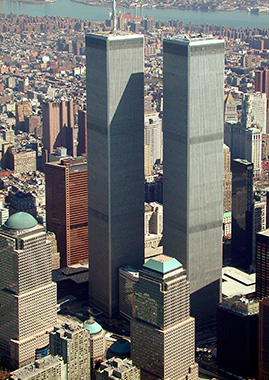 On this 15th anniversary of 9/11, I recall my most vivid memory of the events. I drove in to work at Honeywell Aerospace in Kansas City after watching the second aircraft crash into the Twin Towers on live TV. Partway through my drive, I saw something I’d never seen before or since: arcing contrails, all over the clear blue Kansas sky. It wasn’t after I got in to work that I found out that the FAA had grounded all aircraft in flight. Those contrails showed where aircraft turned around and landed where they came from.

We didn’t get much work done that day. Someone hooked up large screen TVs and we watched as the towers fell.